Career Examples in:
Life examples that can give you some insight on what it's like to work as:
Atmosphere Field:
Air Quality Specialist Meteorologists
Climate Field:
Climatologists
Oceanography Field:
Physical oceanographers
ECCC Career Pamphlet :
Atmospheric Science MSC Recruitment 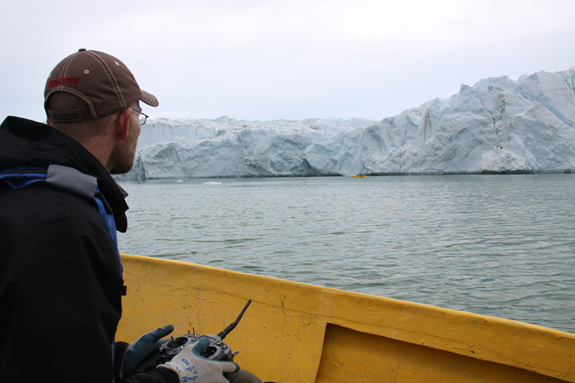 My name is Clark Richards, and I am a physical oceanographer. I obtained my PhD in oceanography from Dalhousie university in Halifax, and I now work at RBR  in Ottawa, as a research scientist on the R&D team. My day-to-day job involves: scientific research with academic and international colleagues, data analysis for RBR sensor validation and improvement, and laboratory development and testing of new instruments and sensors.

My research areas involve observations of physical properties of seawater (e.g. temperature, salinity, and pressure), and how they are mixed and transformed in the ocean. From sub-surface waves in the St. Lawrence Estuary, to glacial meltwater in Greenland, the processes that cause turbulence and mixing of water can be difficult to observe directly and even more difficult to include in numerical models of ocean circulation.

A typical day for me involves quite a bit of time in front of a computer, writing code to read, process, and analyze ocean data. It helps that I love writing code (in fact I am a co-author of a software package for doing oceanographic analysis), as it is like a new puzzle to figure out every day. I originally pursued oceanography for the chance to work "out in the field" (i.e. in the ocean) from time to time, and it is such opportunities that keep me inspired as I work on the data I collected on the last trip. A recent highlight was three weeks that I spent working in a glacial fjord in Greenland.

My graduate training prepared me well for the work that I do. During my PhD at Dalhousie, I took a wide variety of courses which served to give me a broad base on which I could build further skills. From biological and chemical oceanography, to large-scale ocean dynamics, to the specifics of time series analysis and fluid dynamics, I gained an appreciation for the diversity of opportunities in oceanography and also the potential for collaborations on a multidisciplinary team 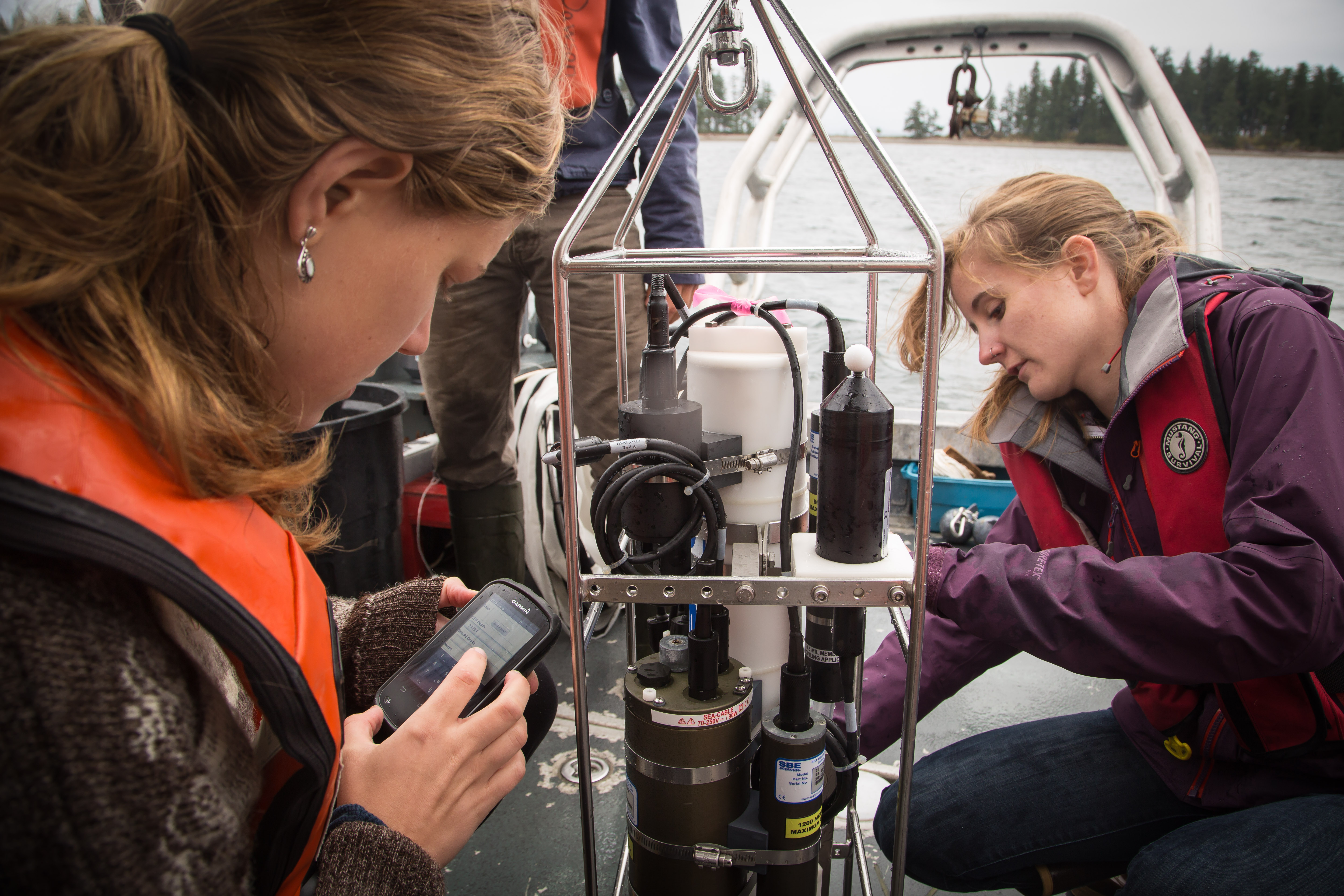 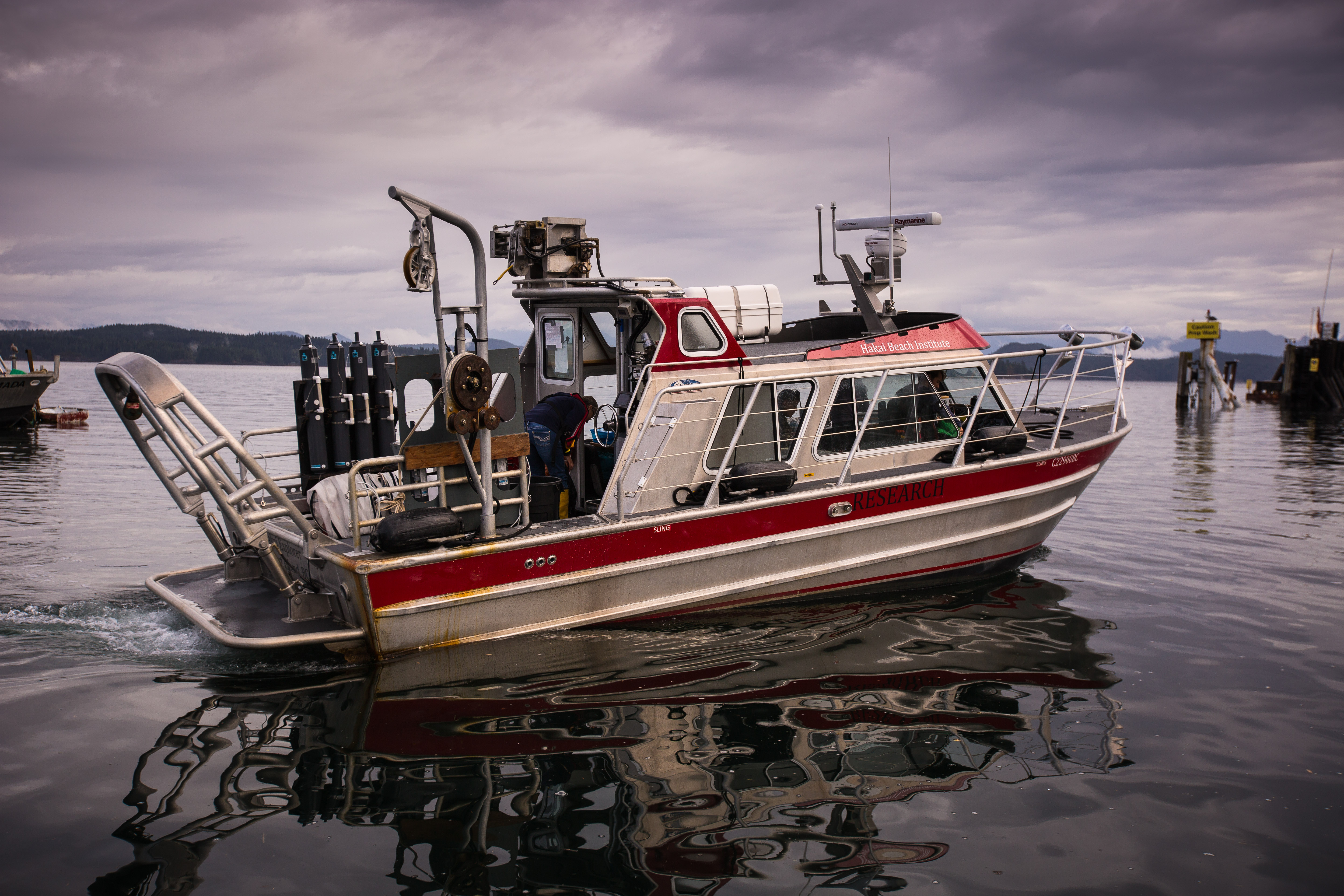 By Jennifer Jackson; I am a physical oceanographer, which means that I study physical processes in the ocean. These processes include currents, waves, tides, how the atmosphere interacts with the ocean, and how the physical environment affects marine animals and plants. Over my career, I have studied the Arctic, Indian, and Pacific Oceans.

I currently work as a research scientist at the Hakai Institute, a not-for-profit organization that is actively studying the coastal margins of British Columbia.

The Hakai Institute has field stations on Calvert Island (50 km south of Bella Bella on the Central Coast), and on Quadra Island off northeastern Vancouver Island. The Hakai Institute has collected almost 5,000 year-round CTD (conductivity, temperature and depth) profiles in the waters surrounding these field stations and it is my job to process, analyze, interpret, and write scientific papers that use these data.

I strive to spend several weeks a year in the field, but I spend most of my time working on the computer—analyzing data, writing scientific papers, and emailing with colleagues. The other time is spent at meetings of varying length, from a few minutes with in-house colleagues to week-long international conferences. The most exotic locations I’ve travelled for meetings are Oslo, Tuscany, Zanzibar, and Cape Town.

The best parts of my job are the people I work with, the ability to study new things, the travel, and the field work. The worst parts of my job are the long hours spent in front of the computer, the academic politics, and confrontations with climate change deniers. Since a young age I have been interested in environmental science and chose to become an oceanographer so that I could study the impacts of climate change on the ocean.

The journey toward my PhD wasn’t straightforward. I took about 3 years off school between my BSc and PhD and spent this time working in a variety of non-science jobs and travelling in the Middle East, Central America and South America. I think that this break was important because I learned a lot of practical skills, which have helped me in my career.

To pursue a career as a physical oceanographer, you need a combination of a strong academic record and life skills. The job involves both working alone and in groups, so one must be comfortable working in both environments. The job also involves lots of travel and often basic living conditions, so one must have the flexibility to work and live in imperfect conditions. Other helpful skills are strong mathematic and computer literacy, a comfort with public speaking, and the ability to read and write for several hours a day.